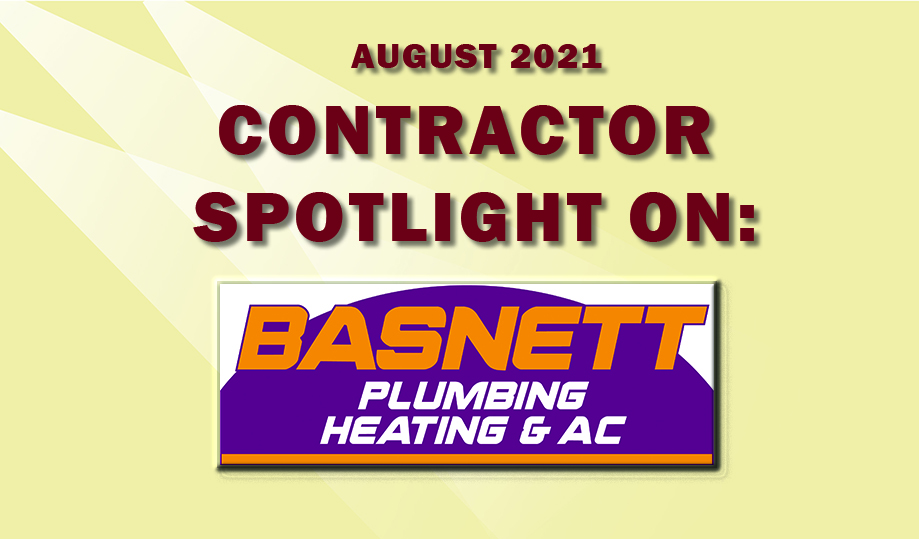 “Callbacks are the bane of the service business,” Basnett says. “I’m happy to pay this incentive because it costs so much more than $500 to go out on callbacks.

“During the past five years, we’ve added a process where we meet with our team weekly to go over the spreadsheets, correct any issues we are encountering, and keep tabs on the incentives they are earning. This approach has worked very well for us.”

Another change is that Basnett began dispatching technicians from their homes, plus added an option for them to work four-day work weeks. He began this before the pandemic.

“It really worked out because once the pandemic shut everything down, the techs were already used to working from home,” he explains.

The four-day work week is another incentive. Not all technicians make use of it, but the program is for both installers and service technicians.

“On the service side, we make sure technicians rotate. It’s a bit of a pain from a scheduling standpoint, but it typically gives participating techs longer weekends (either a Monday or a Friday off).”

Even how the company, as a team, meets has changed. Rob says that like everyone else, the pandemic forced them to move meetings online.

“Zoom meetings changed everything, he says. “I began customizing meetings for specific smaller groups. Service meetings on Zoom were just for the service teams. Same with installation meetings. Plus, we added weekly Zoom meetings for the office staff,” he says.

“Another advantage is that virtual meetings lead t better attendance. They are just so much more efficient. I love this approach and intend to continue using it from now on.”

Because he believes in the High-Performance approach to delivering total comfort, Rob understands the need to invest in quality tools and instruments. From early on in his company’s history, he had a written tool policy where the company provided each technician a monthly allowance for tools.

Over the years, he noticed some of his team would wait until they earned enough in allowance money to buy tools, and then they’d leave and take those tools with them. This practice became a huge cost for the company.

So something had to be done.

The answer was to create a different type of vesting approach. Rob explains the accrual part of their plan remains unchanged, but techs cannot become fully vested until they’ve been with the company for three years.

“But we can’t take our eye off the ball,” he adds. “I believe what gets focused on gets done, and it’s the consistency that has been the toughest part of the performance process.”

He says he believes the company turned another corner when they customized the performance approach to match the team’s skillsets.