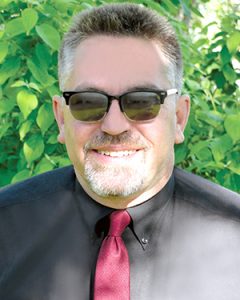 When vetting applications or teaching classes, I’m often asked: Why do we need so many instruments to read airflow? My immediate response is ‘How many tools do you carry to loosen or tighten a 5/8th inch nut? How many of you carry a Six-In-One multi-driver? A set of nut drivers? Standard wrenches?

Almost always the answer is all the above. They have these tools and more. They also have other odd contraptions they plucked off Amazon or found in a supply house. The bottom line is that everyone has at least four to six tools to loosen a 5/8-in. nut. No doubt they will provide a passionate, detailed response why they need every single one of them.

If technicians are so adamant about loosening a 5/8-in. nut, and possessing various tools to accomplish this task, then why are TAB (Testing, Adjusting, and Balancing) professionals often so resistant to buying and using multiple test instruments to read something as critical as airflow?

Each instrument has its specific application, even though it technically performs the same function. Remember that adage, ‘If your only tool is a hammer, every problem looks like a nail.’

One professional certified by the National Balancing Council (NBC) trains his technicians not to call for technical support ‘until they’ve used every instrument in their truck!? He says, ‘I didn’t buy you $15,000 worth of instruments then pay to have them calibrated so you can run up my phone bill too!?

What Are the Right Airflow Tools?

So, what are the tools a TAB professional should have for measuring airflow? Why should they have several that perform similar functions? The answer is every tool does one or two things differently and/or better than others. You need them in your toolbox so you can decide on the one that works best for your situation. Everyone recognizes the balancing hood. I’ve been on job sites to balance pumps and chillers where the general contractor calls the office stating I’m not there because he didn’t see a balancing hood anywhere. Owning a reliable, calibrated balancing hood is only step one. There are other required instruments that every TAB professional should own. 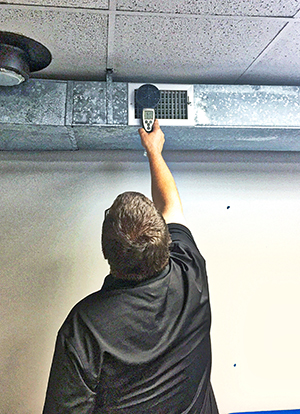 Joseph Kosky of the University of Pittsburgh, using the Rotating Vane Anemometer.

For example, a thermal anemometer (hot wire) is hypersensitive to low airflow, and perfect for low velocity, non-combustible airflow applications. A Rotating Vane Anemometer (RVA) is a poor choice for low velocity. It takes a higher air velocity to turn the blades and produce accurate readings. This makes the RVA a better instrument to read outside air intakes on a rooftop package unit (RTU) where the sensitive thermal anemometer is highly impacted by wind.

The thermal anemometer is temperature sensitive and may not be appropriate in some applications. This is one reason to own both a pitot tube and straight-pitot tube / airfoil. The straight pitot tube / airfoil is also a better instrument for lower velocities and more turbulent airflow.

The velocity grid / matrix, as Dwyer and Alnor refer to it, or VelGrid as Shortridge refers to it, are meant to cover a larger area of airflow/velocity readings. It is very suitable for reading outside air on RTUs, and is preferred by manufacturers (such as ‘CaptiveAire and Greenheck) for reading airflow at grease filters.

In fact, NCI, NBC, and most TAB procedural standards suggest or require using the manufacturers’ best practices when reading airflow on commercial kitchen hoods. Again, use the right tool for the right job. Manufacture correction factors — sometimes referred to as Ak — ONLY work when using the exact instrument they used, in the exact manner they used it.

For example using a velocity grid to read airflow at a grease filter, with one inch stand-offs, when the manufacture used two-inch stand-offs, can result in airflow readings 20% off from actual airflow.

All Trades Do This 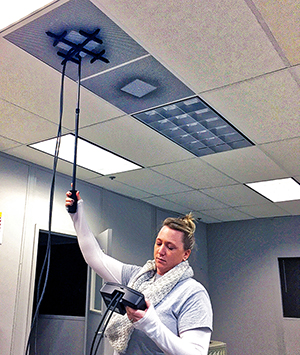 The HVAC and TAB trades aren’t alone with regards to needing several tools for similar jobs. I have a friend who owns a Florida-based framing company. We often discuss issues impacting the construction industry in general.

I asked him about instruments specific to his trade and he proceeded to explain EVERY item needed to run a six-man framing crew by tool, make, model, and price. The bottom line is it costs him well over $10,000 to equip his guys with everything they need. Each crew requires various nail guns, drills, saws, levels. Every drill will make a hole, but each has a specific application.

The same is true for the hot wire, rotating vane, straight pitot tube, and velocity grid: all of them read airflow, but each has a specific application. As NCI’s David Richardson likes to say, ‘You can’t use a single test instrument like a Swiss Army Knife.’

All trades face such expenses. One thing my friend pointed out is that in most trades, if you try to use the wrong instrument for the wrong job, it’s noticeable and easily spotted. Protruding nails, ugly cuts, etc.

You can’t tell by eye if some one used a 2′ x 2′ balancing hood skirt on a 1′ x 4′ linear diffuser. You may feel it once the building is occupied and airflow is actually 20% to 30% lower than recorded, but the results are not always visible.

The Price of Doing Business

In any trade, you must buy the right tools for the right job. You also need to understand that instrument’s purpose and know how to use it. With the right tools and instruments, you are fully prepared for any field variable, especially a confrontation or challenge.

With the right tools and instruments, you are more accurate in your measurements, diagnostics, and recommendations. All are vital in your TAB report to the customer. We expect every tradesperson who works on our homes to be properly equipped to perform the job at hand. Why wouldn’t we expect the same from ourselves?

Yes, it’s expensive, but so is any trade. Owning, maintaining, calibrating, and correctly applying these instruments are the critical the differences between a certified professional, and a guy with a balancing hood and a van.

If the cost of being a professional doesn’t agree with you, as Ted Knight said in the film Caddyshack, ‘The world needs ditch diggers, too.’ 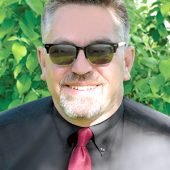 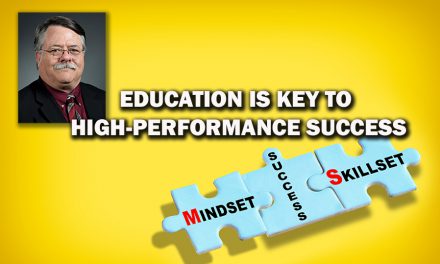 Education is Key to High-Performance Success 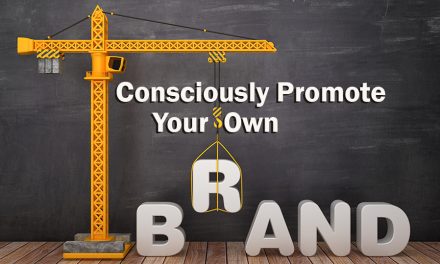 Consciously promote your own brand 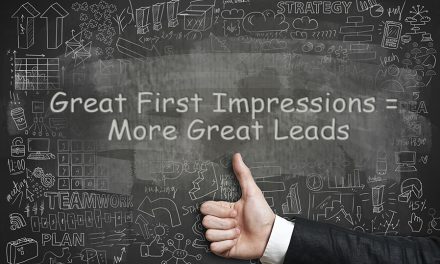 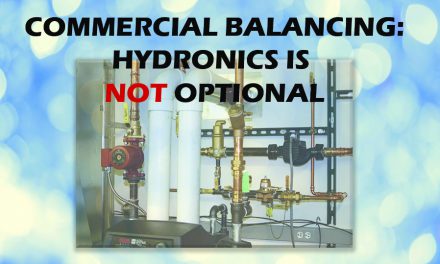 Commercial Balancing: Hydronics is NOT Optional 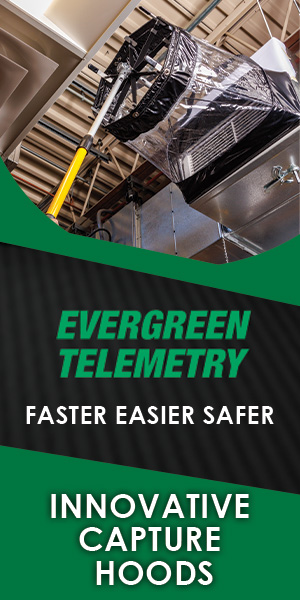