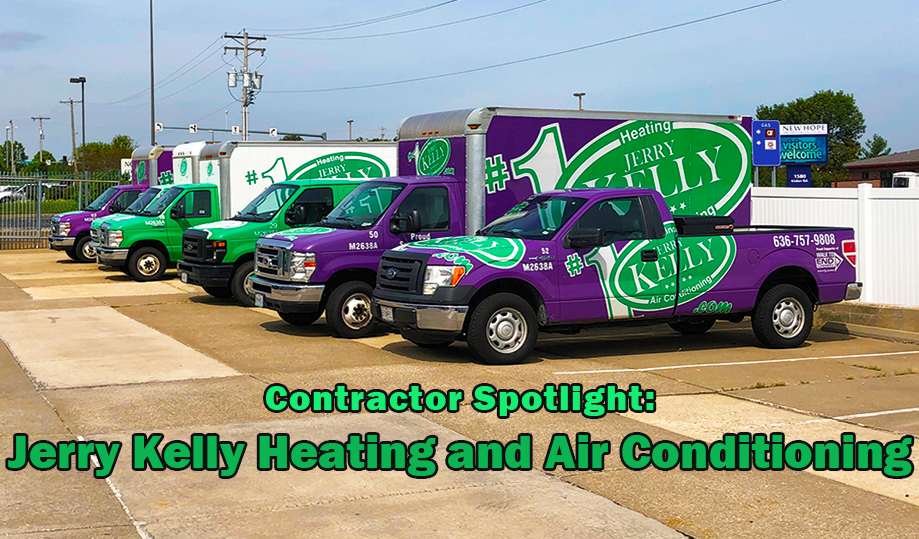 Jerry Kelly Heating and Air Conditioning is a family-owned business founded by Jerry and Janet Kelly in 1977. In those early days, the company had five technicians who drove used trucks to jobs throughout their St. Charles, MO market area. Jerry has since retired and his son-in-law, Steve Miles has taken over. The fact is, Miles, who joined the company in 1994 as a dispatcher, has been general manager of the firm since 1998.

When he first joined the company, Jerry Kelly Heating did mostly residential service and replacement with a small percentage of commercial work.

‘We’ve always been into retrofit, replacement, and repair,’ says Miles. After my father-in-law retired some eight to 10 years ago, we went strictly residential repair and replacement. We had one or two legacy commercial customers.’

‘Service drives replacement. You can make money at service, but the big dollars really come from replacement,’ he explains.

His conclusion? He says, ‘In commercial work, most of the time you are dealing with a tenant-landlord situation where the tenant is responsible for maintaining the equipment and making small repairs.

‘The landlord is responsible for equipment replacement. In our case, we had a relationship with the tenant, not the landlord. Realizing this, we decided to make the switch to focus only on the residential marketplace.’

At the time of Jerry Kelly’s retirement, the company was pulling in around $7 million in gross revenue and fielded eight to 10 service trucks and three or four installation trucks.

Today, Jerry Kelly Heating is pacing to do around $12.5 million. Miles explains that the company now uses a 7-day-per-week schedule, so trucks get shared and today they have 16 to 18 service trucks on the road and seven installation trucks.

The team now consists of 67 people. Steve Miles says when you go to a seven-day week, you need to put on more personnel to cover the hours and keep them from burning out.

When it comes to sales, the company has evolved from having just Jerry Kelly and Steve Miles selling, to having a professional team that includes a sales manager and two salesmen ‘ all of whom report to Miles. They also have ‘selling’ technicians.

Just three years ago they moved into a new 21,000 sq. ft. facility. The building is an open-format facility ‘ no walls, only a few offices, lots of windows. Miles explains the idea was to create a more open, collaborative environment. The keyword here is collaborative.

He is always on the lookout to find talented people, not necessarily from within the HVAC Industry, who have a mechanical aptitude and solid attitude.

‘I think our growth is really due to the type of people we have on our front lines. It revolves around finding and hiring the right people, training them well, and paying them well,’ Miles says.

‘We also visit tech schools and market to ex-military people and so on. It’s difficult, but you have to keep after it. To help, Miles says he is toying with the idea of hiring a professional recruiter.’

He adds, ‘We very seldom hire people with HVAC Industry experience. We find in this economy, if they are in the job market, there is a reason. So, we try to recruit people from outside the industry who have some mechanical aptitude and a desire to learn.

Miles says their training program creates career paths for his technicians. New hires go to one of the above-mentioned schools for two weeks, depending on the courses offered and given times.
He describes his training program for new hires in three steps:

‘So now we’re into eight to 10 weeks of training. After that, they will go out and run their own maintenance calls under supervision. Gradually we give them more ‘rope,’ Miles adds.

‘That is just for one season. When the next season rolls around, we repeat the process. So, they get eight to 10 weeks of training each for the heating and cooling seasons.’

Existing technicians ‘ whether on service or installation crews ‘ must obtain and maintain their NATE certifications within six months of starting their employment.

‘In addition, we are 100% NATE certified,’ Miles says. ‘We are also 100% NCI (National Comfort Institute) Combustion and CO certified, and 100% of our field staff are Heat Exchanger Experts certified.’

Fifteen years ago, Steve Miles realized how very little he knew or understood about the combustion process and Carbon Monoxide (CO) production after having a conversation with NCI CEO Dominick Guarino at an industry event.

‘I decided THAT had to change,’ he says. ‘At the time we were big into condemning heat exchangers and I felt that everyone in the company needed to understand CO. In that effort, we brought Jim Davis in to educate us.

‘Actually, we brought him in several times. I myself went through the classes and became CO Certified just to learn more about it. I’ve kept it up to date ever since.’

In other words, testing, diagnosing, and resolving CO issues became part of the Jerry Kelly culture around 2005 and remains integral to how they go to market to this day. Miles says his field team took to it almost from the get-go with very little pushback at adding testing to their regular maintenance repertoire.

‘Once they took NCI’s Combustion Performance and CO Safety training and saw how little they really knew, they became excited. They wanted to learn more. And as they got more efficient at it, they realized it was so easy to keep our customers safe and that gave them a great sense of pride.’

In fact, Miles says over the years, mostly through word-of-mouth, Jerry Kelly became the de facto CO experts in their service area.

He adds, ‘This wasn’t something we marketed a lot. The reason was it’s hard to make being CO-certified sound sexy. We have it on our website, in our company bio, in all the literature we hand out to customers. But with regard to advertising and radio/tv promotions, it really is hard to communicate.

‘But in face-to-face meetings with consumers we talk about what being CO-certified means to them in terms they can understand. We use it as differentiation during the sales process.’ 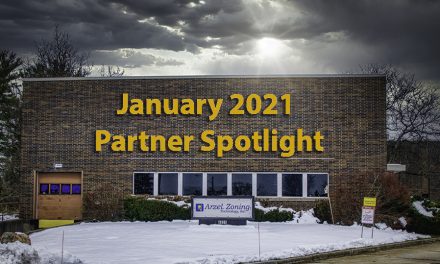 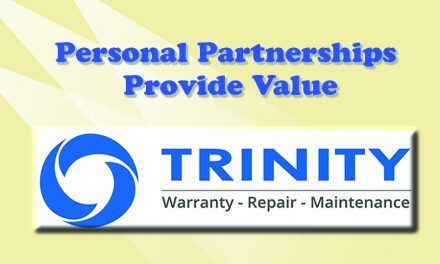